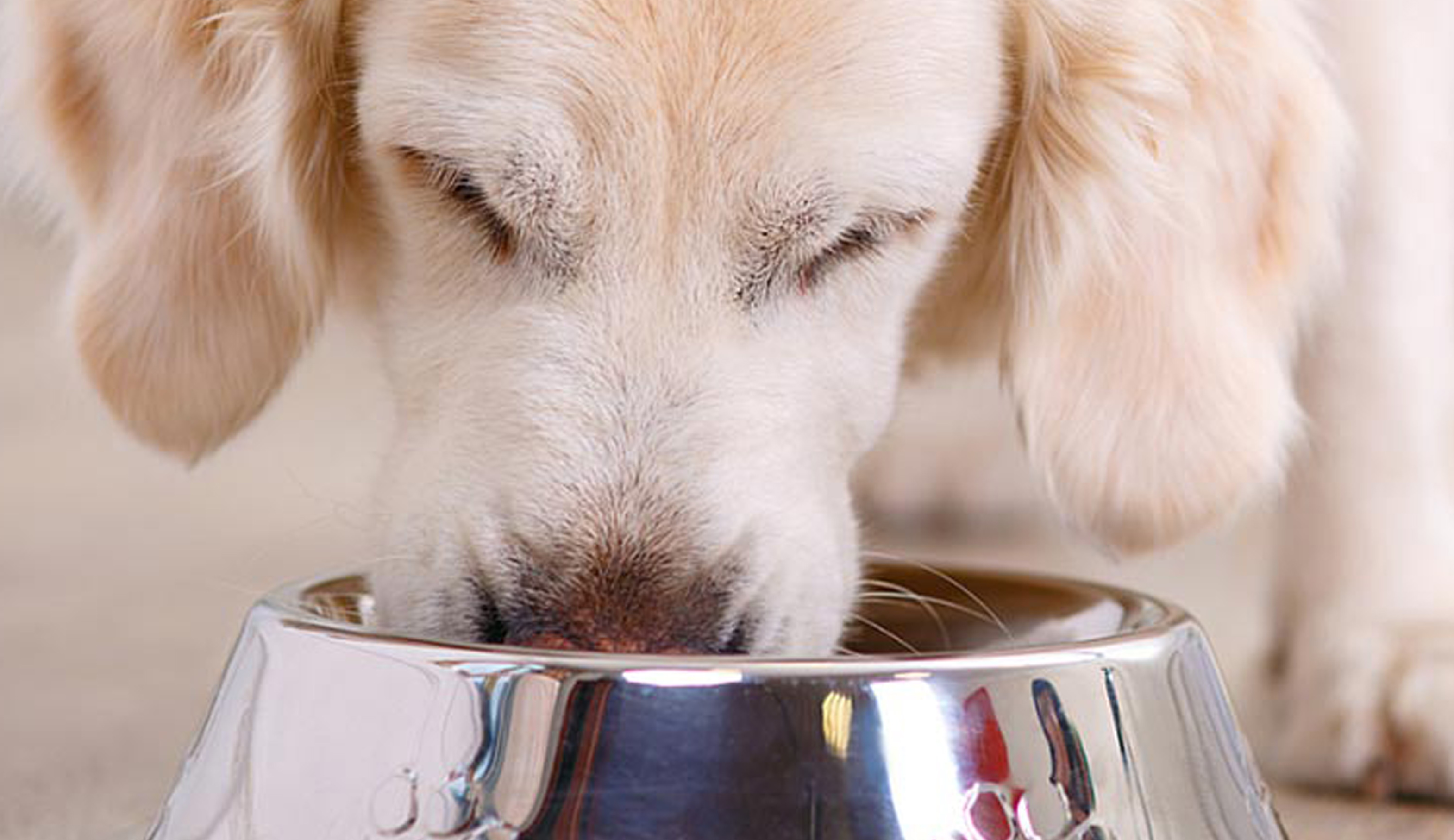 Here are excerpts from a series of articles and research on the roles of protein and phosphorus in the diet of dogs with kidney failure. they contain a wealth of information that cannot be listed here.

Dogs with kidney problems by Dr. Lucy Pinkston, D.V.M.
“As the by-products of protein digestion are the main toxins that need to be eliminated by the kidneys, one obvious thing to do would be to cut down on protein, so the kidneys would not have much work to do.” But there is significant evidence that protein requirements actually increase slightly for dogs with chronic renal failure. “As a result, strict protein restriction for such a dog is likely to lead to protein malnutrition, even though blood nitrogen levels (the basic byproduct of protein metabolism) would be correspondingly lower.” This article contains a wealth of useful information that is easy to read.

Is a diet high in protein harmful to a dog’s kidneys? from the Veterinary Services Department, Drs. Foster & Smith, Inc.
“The myth that high-protein diets are bad for the kidneys probably started because, in the past, patients with kidney failure were usually placed on low-protein (therefore low-nitrogen) diets. “Now we often put them on a diet, not necessarily low in protein, but containing more digestible proteins so that there are fewer nitrogen by-products.”

The Mythology of Protein Limitation for Dogs with Reduced Renal Function. by Kenneth C. Bovee, DVM, MMedSc
“Morris later developed, developed and sold a low-protein diet, KD, for dogs with kidney failure. He and others were influenced by the erroneous theory of hypertrophy for urea secretion as claimed by Addis. Although no experimental or clinical data have ever been published to support the usefulness of this diet or others, the idea was widely accepted without veterinary literature. ” This article discusses the history of protein restriction, and about ten recent experimental studies that have failed to provide evidence for the effect of reduced dietary protein in the course of renal failure. This article no longer exists on the internet, but it is possible to provide a copy of it, which we can send to anyone interested in studying it. (request Bovee.pdf)

Nutrition and Kidney Function from the Purina Research Report
“Dietary Protein and Kidney Function: The results of multiple studies show that there were no adverse effects from high-protein diets. This report contains information on metabolic oxidation and the beneficial effects of omega-3 essential fats in patients with chronic renal failure. The full references in each of the three studies cited in this report are no longer available online, but I have copies and can send them to anyone interested in further study, as follows: “Effects of Dietary Lipids on Renal Function in Dogs and in Cats ”(ask Brown.pdf),“ Effects of Dietary Protein Consumption on Kidney Functions ”(ask for Finco.pdf) and“ Acid-Base, Electrolytes, and Kidney Failure ”(ask for Polzin.pdf)

Feeding the Oldest Dog from the SpeedyVet Clinical Nutrition Library.
“The hypothesis was that low-protein diets delayed the onset of kidney damage. This hypothesis was refuted, using dogs with partial nephrectomy, who showed no uremic signs and had reduced but stable renal function for 48 months. These dogs were better off on low-protein diets than on low-protein diets. “There is no conclusive evidence that high protein intake causes damage to the kidneys of dogs, or that reducing protein intake in dogs with renal impairment leads to the maintenance of renal structure or function.”

Nutritional Management of Chronic Polyuria Kidney Failure from the SpeedyVet Clinical Nutrition Library
“Dietary protein restriction improves the clinical signs and quality of life of uremic animals with both physical presence and experimental renal impairment. However, it is highly questionable whether protein restriction is appropriate for the azotemic and not for the uremic patient. The main risk factor for protein restriction is protein deficiency. The requirements for protein and amino acids for dogs and cats for years

renal failure have not yet been established, but can easily increase…. The main justification for restricting protein at the beginning of the course of kidney failure would be – if it were proven – that it delays the course of the disease. The data available do not support this hypothesis for dogs. Dietary Protein has been shown to affect renal hemodynamics in dogs, however, moderate protein restriction does not alleviate hypertension, hyperfiltration and renal glomerulus hypertrophy. dogs, and is not recommended for non-uremic dogs ”

Clarifying the Myths about Protein from Today’s Breeder Magazine
“On the contrary, research over the last ten years has shown that proteins are not harmful to dogs’ kidneys. In studies conducted at the University of Georgia in the early 1990s, in dogs with chronic renal failure as well as older dogs with only one kidney, with protein levels at 34% did not cause adverse effects…. In other studies, David S. Kronfeld, Ph.D. with chronic renal failure and were associated with general improvement. ”

Enhance the Aging Dog Food Container by Susan Thorpe-Vargas, Ph.D. and John C. Cargill, M.A., M.B.A., M.S.
“Due to specific biochemical requirements, a healthy aging dog requires about 50% more protein than a young adult, and depending on the quality of the protein should be 20 to 30% of total calorie intake. Until recently, protein restriction was an attempt to protect kidney function. Limiting protein fails to prevent urinary filtration problems. . Indeed, more recent research has shown that dietary protein is not harmful to kidney function. In contrast, protein restriction can lead to impaired wound healing, decreased immune function, and decreased enzyme and cell regeneration activities. These dogs with impaired renal function are better off by restricting dietary phosphorus, however limiting this mineral is unlikely to delay the onset of kidney disease or benefit healthy aging dogs. ”

Nutritional Management for Clinical Disorders in Dogs from the Journal of the Indian Veterinary Association, Kerala
“Recent research on dietary protein and kidneys reveals that

Renal Insufficiency from the Iams nutrition symposium
“For years, scientists and veterinarians have been treating kidney failure by reducing protein levels in our diets,” said Gregory Reinhart PhD, a researcher for Iams. “Having worked with prominent universities, we have found that limiting protein in a dog’s diet can do more harm than good, putting your pet at risk for protein deficiency.”

Dietary Protein and Kidneys by Patricia Schenck, DVM, PhD, Veterinary Nutritionist
“High-protein diets cause increased blood flow to the kidneys (renal glomerular perfusion rate). Legend has it that if the dietary protein is reduced, it will cause the kidneys to function less, and thus ‘save’ the kidneys from damage. So in the past, many have suggested low-protein diets for the dog in order to avoid the development of kidney disease. Significant research over the last 10 years has focused on this. There is no scientific evidence to support this theory. Feeding low levels of dietary protein is NOT a protective measure against the development of kidney disease. The reduction of nutritional protein in older dogs can have adverse effects. As pets get older, their ability to absorb nutrients decreases. The older pet actually requires a higher level of protein to maintain protein stores than younger dogs. ”

“Limiting dietary protein is appropriate for kidney failure when the disease has become severe. Protein restriction is based on the appearance of clinical signs. It has been suggested that protein restriction be initiated when the dog’s blood urea nitrogen is greater than 80 mg / dL [28.6 mmol / L], and when creatinine serum is greater than 2.5 mg / dL [221 olmol / L] . Both BUN and creatinine serum are good signs of kidney function. The protein is limited in an effort to keep the BUN below 60 mg / dL [21.4 mmol / L]. “Dietary protein may need to be reduced over time as kidney failure progresses.”

The Effects of Low Phosphorus, Moderate on Protein Diets in Dogs with Chronic Renal Failure.
In this study, 60 dogs with CKD (Chronic Renal Failure) were initially fed either a Protein Reduced Diet (BMI group) or a Tactile Diet (SD group) containing 0.36% phosphorus, 27% protein, respectively. and 0.38% phosphorus, 21.5 dry food protein, for a period of 28 weeks….
“From the results of this research, we can conclude that many dogs with mild to moderate CKD can benefit from early diagnosis and nutritional management using a low-phosphorus, low-protein diet.”

Please note that the above websites come from very traditional sources, including Purina and Iams. Hills is the only company that still “uses” the “low protein” theory. The rationale today is that low protein can be harmful, and that a moderate amount of high quality protein is desirable for dogs with kidney disease. In addition, restricting protein in dogs with healthy kidneys does not prevent kidney failure. 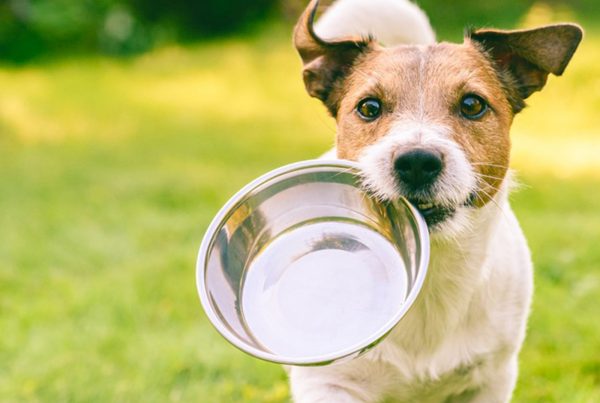 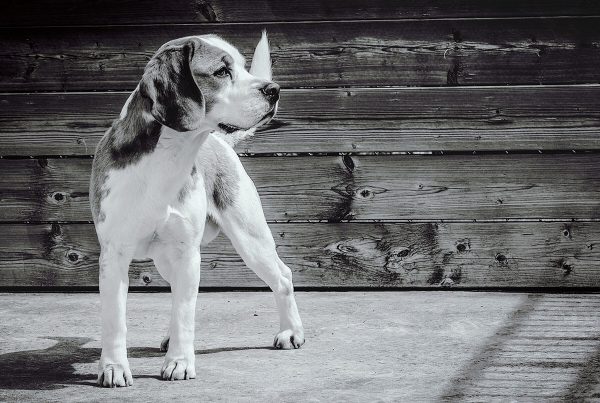 Switch to a diet as intended by nature.